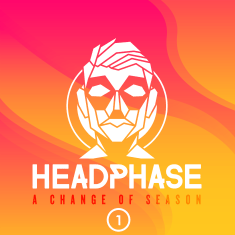 Hot On Top at Randlords 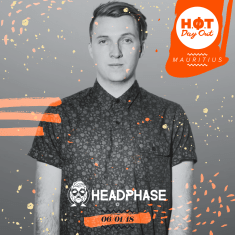 Welcome to the online home of Johannesburg DJ, Headphase. Out of the big smoke of Johannesburg comes a young, creative and passionate DJ. Headphase has developed and refined a sound which he shares throughout South Africa’s club, festival and radio circuit.

Influenced by the UK Garage movement and the world of electronic music, Headphase has developed a unique House / Techno sound which goes against the grain in a surprisingly pleasant way, guaranteed to make you move. Priding himself on underground music and cutting edge sounds, be sure to arrive with an open mind to hear something new and exciting.

2011 saw Headphase explode onto the club scene in Cape Town with his unique style and energetic performance, sharing the stage with many of SA’s choice electronic acts such as Haezer, Sibot, Das Kapital, Pascal & Pearce, Niskerone, GoldFish, Dean Fuel and many more. 2012-2014 expanded this trend as Headphase explored and shared the sound that he endorses on the festival front at festivals such as Rocking The Daisies, Earthdance, Synergy Live, Rezonance and RAMfest, as well as on the airwaves through 5FM, Assembly Radio, MuthaFM and UCT Radio. 2015-2018 has seen Headphase move back to Johannesburg and mature as a DJ, as he continues to take all listeners on an open-minded exploration of his sound.

As a promoter and resident DJ of the Hot On Top crew, you can find Headphase at Joburg’s finest rooftop and outdoor venues, hosting and playing alongside top local and international talent including Claptone (DE), Ben Pearce (UK), Till Von Sein (DE), Ardalan (USA), Ante Perry (DE), Teenage Mutants (DE), Boogie Vice (FR), Hoj (USA), Marlon Hoffstadt (DE) and Austrian Apparel (DE). The Hot On Top journey has also taken Headphase to the international stage for the first time, with a successful debut in Mauritius.

Headphase’s recent collaborations with MC / vocalist Miki San Tzu has added an exciting live element his performances as a DJ, captivating the crowd on each and every occasion.

Headphase continues to grow and evolve. Look forward to seeing him on a dancefloor near you!